2. Where does mealworm generally live?

3. Can you tell me more about the mealworms lifecycle? 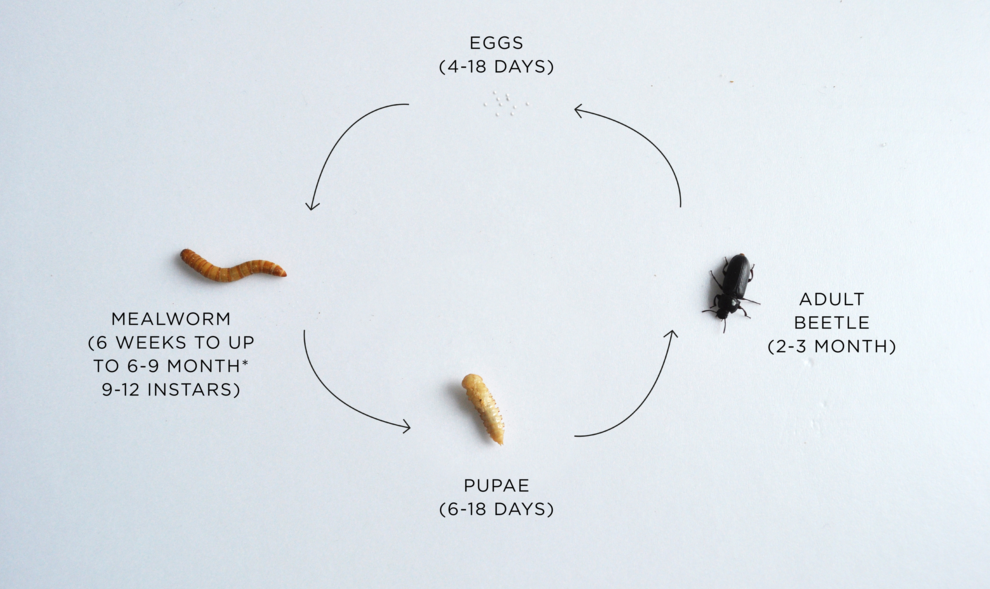 Tenebrio molitor is a holometabolous insect. It means that the life cycle goes through 4 distinctive stages:

4. Does the mealworm bite?

6. Could the worms escape?